What Are Load Cells and How Do They Work?

Because it converts load or force, load cells play an important role in the weighing industry and are found wherever precise measurements of weight are vital. Whether at a grocery store, a highway weigh station, or a tension sensor, every electronic scale and weighing machine found anywhere has some type of load cell.

Load cell designs are not used entirely for electronic scales. They are differentiated by the way they transmit a signal:

Load cell sensitivity and the way weight is detected can also vary, either through compression, tension, bending, etc. That said, strain gauge based load cells are the most commonly used offering accuracies from within 0.03% to 0.25% full scale. They are found in nearly every type of industrial application where load cells are required. 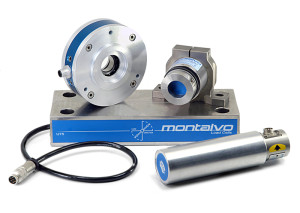 Strain gauge load cells offer a number of advantages over other load cells, mainly highly accurate, precise, and linear measurements. They also are unaffected by temperature changes, last longer because they have fewer moving parts, are generally smaller than other types of load cells, and have excellent fatigue strength.

Hydraulic load cells use a conventional piston and cylinder device that conveys a change in pressure It is a force-balance method, acting when the internal filling fluid pressure changes. Whenever a force or load is applied in a hydraulic system, it compresses the internal filling fluid within the device’s chamber. The pressure of the hydraulic fluid rises or lowers depending if the force applied is increased or decreased. Pressure can be measured locally or transmitted for remote readings and control. When installed correctly, hydraulic load cells can be calibrated to accuracy within 0.25% full scale. Because hydraulic load cells sensors have no electric components, they are often used for hazardous applications.

The force-balance principle is also used in pneumatic load cells. They can provide higher accuracy than a hydraulic device by using multiple dampener chambers. Designs can vary for different purposes, but pneumatic load cells are often used for applications that require the measurement of relatively small weights. You will find pneumatic load cells in those environments where cleanliness and safety are of prime concern. They work in all temperatures and conditions, and because it is not a hydraulic system, if the chamber ruptures no fluids will leak to contaminate the particular environment. To operate effectively, pneumatic load cells require clean, dry, regulated air or nitrogen.